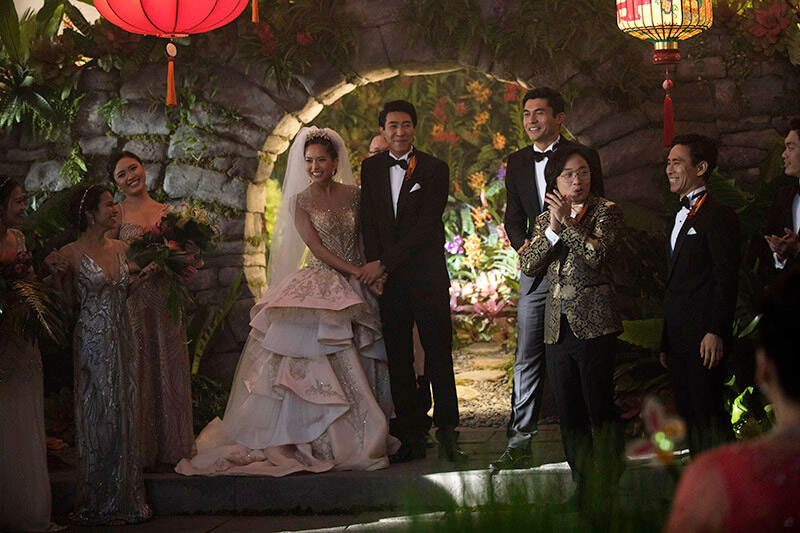 Before designing any costume for the big screen, whether it’s contemporary, period, or sci-fi, every designer begins with research.

There are many things to consider: the script, the actors and how they relate to the characters, and ultimately, the director’s vision for the whole project. You’re balancing a variety of perspectives, personalities, and visions that together are woven into an intentional costume that tells a story. It’s a complicated, but rewarding process.

In a recent conversation with SyncOnSet, Mary Vogt, costume designer of the 2018 blockbuster Crazy Rich Asians and classics including Batman Returns and Men in Black, explained her design process to help us understand the nuanced steps of researching for a project, sharing the research with her team, and ultimately seeing her designs come to life to the screen.

Start with the People Connected to the Project

The writers, director, and actors have done their own research about the story, especially the writers, who tend to do a lot of work around history. Learning from the legwork that has already been done gives you a good starting point to begin your own research.

To better understand the culture of Singapore when designing Crazy Rich Asians, Mary reached out to writer, Kevin Kwan. He showed her pictures of his family, who immigrated from China to Singapore, and introduced her to the Peranakan style — a mix of Chinese and Malaysian cultures. She also met with the Malaysian actress, Michelle Yeoh, who starred in the film, to learn more about her family and history. In doing this, Mary was able to not only create a connection between the creators and her designs, but she was also able to give the characters a depth of authenticity and richness.

“Don’t play it too safe with your research.

Explore other types of design elements, such as architecture, street photography, museums, history, and art.”

Look Beyond the Typical

Mary recently finished the feature, Long Shot, where she designed for Charlize Theron, who plays Secretary of State, Charlotte Field. In a desire to elevate Theron’s character, Mary researched beyond the often masculine, utilitarian American suiting that many women in Washington wear. Instead, she looked to other influential female politicians around the world and found style inspiration in Queen Letizia of Spain and Queen Noor of Jordan, both of whom communicate confidence through bold and beautiful clothing choices.

Collecting design ideas from different worlds, and beyond the script, brings depth to the costumes and keeps their looks feeling fresh and interesting. Mary’s advice: don’t play it too safe with your research. Explore other types of design elements, such as architecture, street photography, museums, history, and art. Mary finds inspiration in fashion icon Iris Apfel and the World of Wearable Art.

“Seeing people through another person’s lens

gives you a new way of looking at clothing and experiencing it in action.”

Style on the streets will forever be a source of inspiration for designers. Mary especially gravitates toward the work of the beloved street photographer, Bill Cunningham. Seeing people through another person’s lens gives you a new way of looking at clothing and experiencing it in action.

That’s probably why Mary also finds public transportation helpful in researching characters. When living in NY, she used to guess the subway stops by the way people were dressed. She could always tell if she was in Queens by the earrings people wore and even used a sideways lens on her camera so she could take photos of people without actually pointing the camera at them!

Narrow it Down as Much as Possible

Mary loves visiting museums for inspiration, but what does an Egyptian mummy have to do with an outfit for a sci-fi suit design?

After collecting research, Mary condenses it all down into different mood boards and color palettes to communicate the persona of the different characters she is designing for. She then shares it with her team and the director, inspiring them to take her research guidelines and bring their own fresh perspectives to the table for new ideas to take shape.

Keep it Organized for Easy Cross-collaboration

With so much effort going into the research for the costumes, it’s important to keep the final pieces in a shared archive, not only for continuity while shooting, but for quick reference after production has wrapped as well.

Michelle Yeoh as Eleanor, Henry Golding as Nick, and Constance Wu as Rachel

While working on Crazy Rich Asians, Mary’s set costumers used the continuity app, SyncOnSet, to upload every continuity photo, costume, and jewelry piece, making sure to include the names of the items, the stores they were purchased from, and SKU numbers. This helped everyone to stay in sync while shooting and gave the marketing team easy reference when promoting the film.